Today’s Cabbage Patch post is brought to you by Bioré Deep Cleaning Pore Strips; adhesive strips which apparently “locks onto and pulls out dirt for the deepest clean”. I had found a box of these strips while I was cleaning out a drawer in our bathroom vanity. Apparently, I must have thought that cleaning out my pores would be a good idea at the time I purchased them but after putting them in the drawer, clearly, I had forgotten about them. The fact that they were at the back of the drawer under some other junk tells me that they have been there for some time. I hope they don’t have a shelf life like milk.

I studied the box for some time and then decided that trying these strips would fulfil a promise to YC for my trying something new. Game on!

Firstly, I decided to read about just why Bioré claims I should give their pore strips a whirl and just what exactly they claim to do. Here is a copy of what appears on the back of the packaging:

Next, I read the instructions on how to use the strips not just once but twice because I wanted to make sure that I knew just what the heck I was doing before I began the arduous task of cleaning my pores. Pore cleansing is serious business let me tell you. It is not for the faint of heart.

As directed, I washed my face and thoroughly wet my nose so that the strips would stick. I decided that I would tackle my nose and the area above my chin because these are my problem skin areas. With dry hands, I peeled the strip off the plastic liner, applied it to the areas, smoothed the sides down, and pressed down to ensure good contact with the skin. I then let the strips dry for about 10 minutes until they were stiff to the touch – much like papier-mâché. For a minute, I thought I was back in kindergarten … ooooh, papier-mâché! How I loved doing papier-mâché as one of our crafts in kindergarten.

The final step involved peeling off the strips, slowly and carefully, starting at the edges and pulling toward the centre. This is supposedly to minimize skin discomfort as well as any pain which may result from the Krazy Glue-like adhesive being peeled back. Despite my attempt at following the rules to the tee, the swearing began as soon as I began peeling the strips back. By the ol’ lord thunderin’ jaysus, these suckers hurt!

The strips are similar to a band-aid, only the grip is stronger and you don’t get a break in the centre where the quilt part covers your cut or scrape. As a child I remember being told to take a band-aid off quickly because it would hurt less. I called BS then and I’m calling BS now. Both hurt and both bring tears to your eyes because, no matter how you take them off, tiny hairs and sometimes skin comes off with the adhesive. Both bloody well do hurt.

There are different types of pain – mild, sharp, severe, dull – and then there is the eye watering pain that you get when you step on Lego blocks in the dark or when you hit your shin on the corner of the metal bed frame or when you pull off a Bioré strip. I have a high pain tolerance. Not much gets to me that way. I had all of my cabbages naturally and without any pain medication. I have had several surgeries throughout my years including the removal of all my wisdom teeth in the hospital. Most recently, I survived the debilitating pain that comes with the shingles virus. So, why, then, did these strips get to me?

I think the answer lies in the fact that I chose to do this. I chose to inflict this barbarous torture upon myself. It was not a matter of something being seriously wrong with my body which needed to be addressed such as my impacted wisdom teeth and, that if not remedied, would cause further complications. No, I decided that it was much better getting that nasty dirt out of my pores than leaving it in there. Vanity was definitely involved because, I mean, what if somebody saw these nasty old blackheads? There wasn’t a hobbit inspired outfit I could pull on to cover them and I certainly didn’t want to don a face covering similar to what Michael Jackson used to cover his young children’s faces with. Remember what the world said about that? C-R-A-Z-Y!

Do the strips work? Yes. Along with some tiny hairs and what feels like a layer of skin, blackheads do stick to it and come out of the pore. However, this is only a temporary fix because only the top layer of the blackhead is removed and not the entire blackhead itself. It is only a matter of time before the blackhead returns because the source of the problem has not been addressed. It is, really, a band-aid for the problem so to speak. My concern is that the way these strips adhere to the skin is that if you were to follow the weekly use guidelines, over time, the skin could be injured or torn especially if you have sensitive skin. I also read in some reviews of the strips that they could also cause spider veins to surface. Yes, those nasty spider veins — right.on.your.nose.

Is there something satisfying about looking at the blackheads on the strip after they have been removed? You’re darn tootin’, there is. It was almost with a child-like wonder that I examined the strip from every possible angle. I mean, how disgusting is that? I studied it, questioned it (how the heck did all of that get there?), admired it, and had a sick sense of satisfaction about what was removed. I looked at it as if I had just accomplished the most amazing feat. Good grief, I need to get a life.

It wasn’t long though before the stinging irritation of my nose brought me back to reality. My nose was blotchy red and it stung for a good fifteen-twenty minutes. Depending on how you look at it, I suppose it was a small price to pay for removing at least some of the blackheads.

When Sauerkraut got home from work that day, he asked his usual question, “how was your day?” I don’t think he was expecting to come home to a detailed story of how I removed some nasty dirt from my nose pores. While he didn’t say much, I could tell that he thought I was perhaps exaggerating about the pain somewhat. I even told him that I didn’t understand how in the many on-line reviews I read about the nose strips, the majority of the reviewers said that they didn’t hurt. I regaled him with my tales of painful nose woes and about how those suckers remove more than blackheads. “I’m sure I lost not one but two layers of skin when I removed the strips,” I whined.

Next it was my turn to be surprised. Sauerkraut said, “Let me try it then”. Holy smokes! Sauerkraut is going to be a girly girl with me. I could not have been happier than if I had won the lottery. Yee haw, all I could think of was ‘ let me strap that strip on your nose before you change your mind!’

Well, let me tell you, I have never before felt more vindicated in my life. After reaching the paper-mache phase, Sauerkraut began to slowly and carefully pull back the edges toward the centre of his nose. He had to close his eyes while doing it. “This is bringing tears to my eyes,” I could faintly hear him saying. Yessiree, Sauerkraut had tears in his eyes when it was finally removed. Not that I am gloating or anything like that. I mean, I did share in his pain and I did refrain myself from saying, ‘na na na, boo, boo’.

He, too, was fascinated by what was on the strip. “They are like little spikes,” he proudly stated. He studied them but not for as long as I studied mine. Clearly, he is not the girly girl I thought he was.  After the stinging was over, he did mention that his nose felt very smooth and soft. Maybe he is a girly girl? I am so confused……

Will I do it again? Probably but only because I still have a few strips left in the box and I have already paid for them (they weren’t exactly inexpensive). Even though I read so many positive reviews about their effectiveness and how the reviewers could not live without them, I am not convinced that they would be good for my sensitive skin over time. I also read that the main ingredient on the strips is polyquaternium-37, a film-forming hairspray type ingredient, and I am not really comfortable with the thought of putting hairspray on my nose to remove dirt.

Now if I could just figure out how to get these suckers to do some deep cleaning around the cabbage patch….. 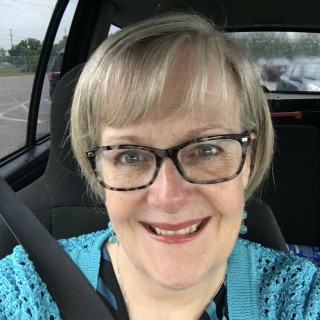